4 Signs Your Dahlia Tubers Are Dead

If you’re a gardener, then you know the importance of dahlia tubers.

These tubers are essential to the growth of dahlias, and proper care is necessary to ensure their survival.

So what are the signs that your dahlia tubers are dead?

And more importantly, how can you revive them? Read on for the answer.

What Are Dahlia Tubers?

Dahlia tubers are the underground storage organs of the dahlia plant.

They are typically spherical or ovoid in shape and can range in size from a few centimeters to over a dozen centimeters.

They are typically white or cream-colored on the inside with a small amount of fleshy tissue.

Did You Know? Dahlia tubers are covered in a thick layer of skin that protects them from predators and parasites. The skin is also important in regulating the intake of water and nutrients.

The Importance of Dahlia Tubers

Dahlia tubers are essential to the growth and flowering of dahlias.

The tubers store water and nutrients that are necessary for the plant to survive during periods of drought or other adverse conditions.

Dahlia tubers also produce hormones that are essential for the plant’s growth and development. Without these tubers, dahlias would not be able to flower or produce seeds.

How to Care for Dahlia Tubers

Following proper care will prevent your dahlia tubers from dying which will eventually mean you won’t need to look up articles like this in the future.

The best type of soil for dahlias is a sandy loam.

This type of soil is well-draining, loose, and rich in organic matter. It also has a neutral pH level, which is important for dahlia growth.

If your soil is too heavy or clay-like, you can improve its drainage by adding peat moss or sand.

When you plant dahlias in soil, make sure that the soil is dry and not cold.

The temperature of the soil should be at least 50 degrees Fahrenheit consistently before moving a dahlia into your garden.

Watering is the most important aspect of caring for dahlia tubers.

The tubers need to be kept moist at all times, but not waterlogged. Water them deeply and regularly, especially during periods of drought.

When the plant is well established, you should be watering your plants up to three times a week.

Key Takeaway – This is why it’s important to use well-draining soil. If your soil doesn’t drain well, the tubers will sit in the water and rot.

Dahlias need at least six hours of sunlight per day to grow and flower properly.

Eight hours of sunlight is even better.

Dahlias are heavy feeders and need to be fertilized every two weeks during their growing season.

You can use a water-soluble fertilizer or a slow-release granular fertilizer that is high in phosphorus to encourage blooming.

Signs Your Dahlia Tubers Are Dead

When you dig up your dahlias to store them for the winter, you may notice your dahlia tubers look like they are in bad shape.

However, unless the entire tuber dies, there is a good chance that the tuber will grow new sprouts in the spring.

Before you throw out those unsightly dahlia tubers, check for these signs.

Dahlia tubers have a neutral, sometimes a light earthy, smell.

If you dig up your dahlias and you notice a pungent rotting smell, your dahlia tubers have gone bad.

Before even digging up your dahlia tubers, you should smell the dahlia flower.

Heads Up! If it smells too sweet, or if the flower smells rancid, that’s a good indication that the tuber has died. If that’s the case, the flower isn’t getting the nutrients or water it needs, so the flower will wilt and rot.

A dahlia tuber resembles a potato in more ways than just appearance.

Sure, the texture and shape are similar, but when you cut a potato in half, you can tell there is moisture on the inside.

The same is true with a healthy dahlia tuber.

When you cut a tuber in half, the knife should need some effort to slice through, but it should go through fairly easily and then show the moisture on the inside.

If the tuber is completely dry and brittle on the inside, the dahlia tuber is dead and will not sprout any new growth in the spring.

Have You Noticed? Dried-out tubers will also start to wither. The skin will be completely wrinkled, and with no moisture left, the tuber will only be about a pencil lead’s width.

There are many stages to a tuber drying out, but once the sides start to cave in and show dark brown spots, the dahlia tuber is too far gone.

Slight wrinkling though, and you’ll be surprised that you can still plant it in the spring and see growth.

If you notice any mold or fungus on the tuber, it is probably too far gone to save.

Dahlia tubers will grow white or brown mold if they are sitting in too much water.

If you dig up your tubers and they are covered in mold you should adjust the soil you are using, or amend your watering schedule.

I told you dahlia tubers are similar to potatoes in more ways than one.

When you squeeze a fresh potato, there’s very little resistance. The potato should be firm and there shouldn’t be soft spots anywhere.

The same is true for dahlia tubers. They should be firm, and soft spots could mean that the tuber is holding onto an excess amount of water.

Can You Save a Dead Dahlia Tuber?

Tubers that were thought to be dead and were discarded into compost piles grew the next season.

If you want to put in a little bit of effort for a chance to save your tubers, here are some things you can do:

It’s important to be able to tell when your dahlia tubers have died, not only so you don’t waste your time trying to plant them and grow them during the next growing season, but also so you can take measures to prevent it from happening in the first place.

We’ve outlined a few ways that you can tell if your tuber is dead – by checking for dried-out skin, mold, or a soft texture. If your tuber is any of these things, unfortunately, it is probably too far gone to save.

Though it can be disappointing when a dahlia tuber appears to be dead, there are still measures that can be taken to try and save it.

If you’re willing to put in a little bit of extra work, you may be able to nurse your dahlia back to health and enjoy their blooms once again the following season. Do Garden Ponds Overflow When It Rains Do Garden Ponds Overflow When It Rains

It’s a question that has been asked by many people over the years. Garden pond owners want to know if their ponds will overflow when it rains, and if so, how much water will be spilled. 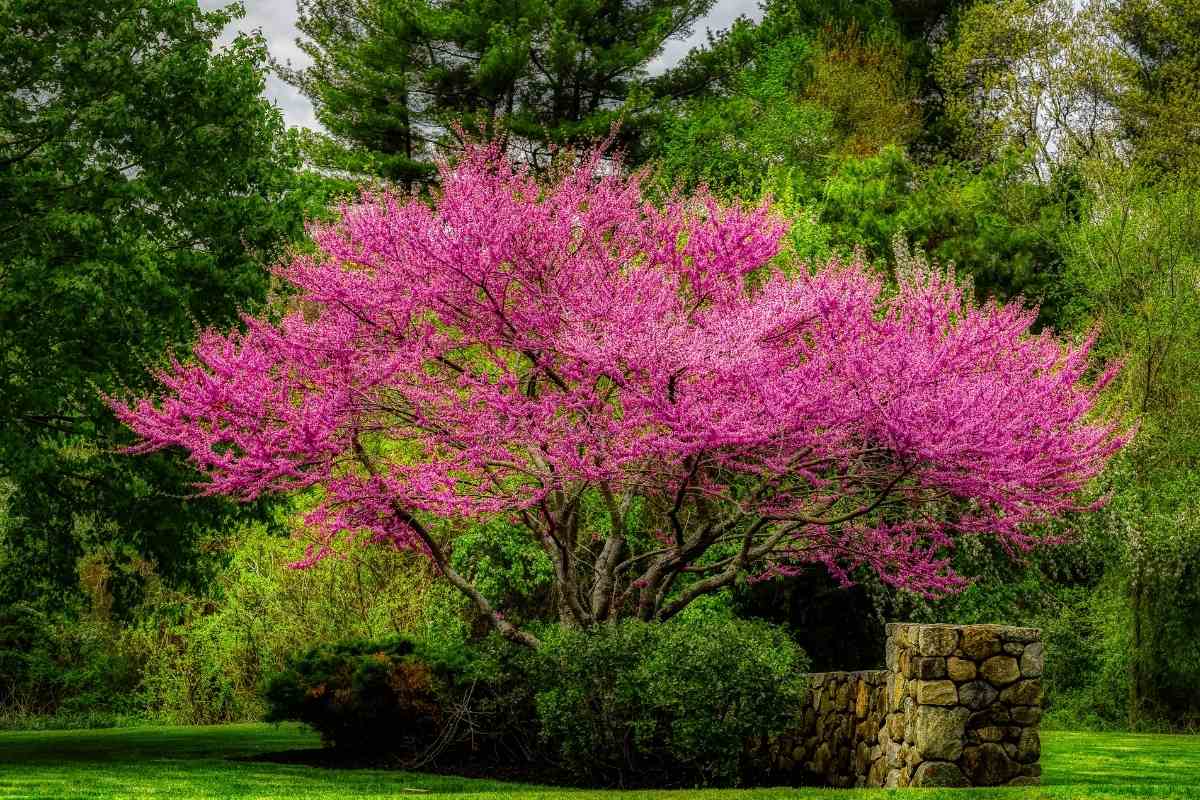 From a gentle lilac to deep violet, trees with purple flowers are sure to add the most beautiful contrasting color to your backyard. 12 Smells Squirrels Hate (Keep Them Off Your Plants)

There’s a reason squirrels are so pesky – they’re looking for food. Squirrels have an incredible sense of smell that can smell food buried underground.