How Long Does Roundup Take To Kill Weeds?

Weeds are the bane of any gardener’s life and there are a huge number of products out there claiming to effectively help in your battle against them.

Roundup is one of the most popular weed killers in the world but when you spray it around your yard, you might not notice the effects immediately.

Roundup is designed to work over time and will kill any weeds within 14 days, although this could happen as early as 7 days after the initial treatment. To get down to the roots, the product needs at least a week but you might begin to notice some surface deterioration within just 12 hours of using Roundup.

Getting rid of weeds this way will work but it does require you to have a little patience.

If you’ve sprayed your weeds with Roundup and haven’t noticed much difference within the space of a few days, we’d suggest giving it a little longer before reaching for the bottle again.

How Does Roundup Work?

Roundup is a blend of various chemicals but the most prominent ingredient is glyphosate and this is what will kill the weeds. It only needs to be sprayed onto the leaves to have an effect, demonstrating that this is a very potent chemical.

As it sits on the leaves, it is absorbed and over time, the chemical moves through into the sap which carries it around the whole plant, eventually killing it entirely. 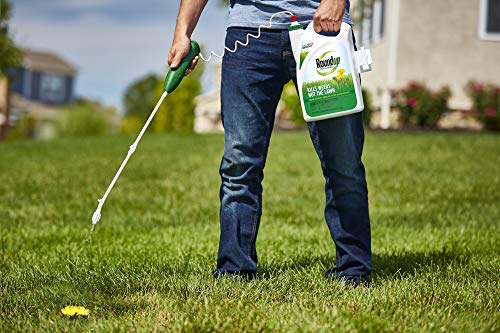 Many people make the mistake of treating the soil, which is not necessary and dangerous to other plantlife (more on that later). Treating only the leaves is the most effective way to use the product.

How Long Will It Take For Roundup To Work?

Glyphosate is what is known as a non-selective herbicide. This means that it will kill a huge variety of plants and when used in the garden, you must be incredibly careful not to get it on anything that you don’t want to kill because it will work on your favorite plants as well as those pesky weeds.

Once inside the plant, glyphosate chokes the plant of its food supply, and eventually, it’ll shrivel up because of a lack of water. As soon as you treat the weed, the process begins almost immediately.

However, you should be mindful not to use Roundup in wet weather as it takes 30 minutes for the treatment to become waterproof. 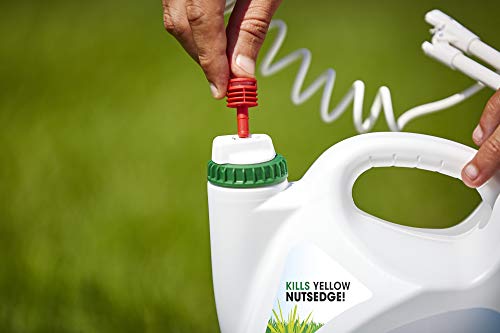 In addition to this, you should consider that Roundup will have the most effective results when it is used in dry weather.

Aim to treat your weeds when the temperature is consistently more than 60ºf and things remain dry. Since Roundup works by cutting off the water supply to the plant, the more dehydrated it is to start with, the better.

After the initial spray, you might not notice anything visually different about the weeds right away. Although in some cases, they will start to look dehydrated within as little as 3 to 12 hours.

However, you cannot expect Roundup to work its magic in less than two weeks.

How Long Will It Take Roundup To Completely Kill Weeds?

Roundup will take up to 14 days to completely kill weeds and other unwanted plants such as grasses. In some cases, the full effects may be seen as little as a week after the treatment but if you don’t notice results yet, don’t be tempted to respray as it probably won’t be needed.

Additionally, you should keep in mind that you don’t want to cut or pull the weeds until the full two weeks have passed as they won’t be completely dead and there will be more likelihood of them returning. 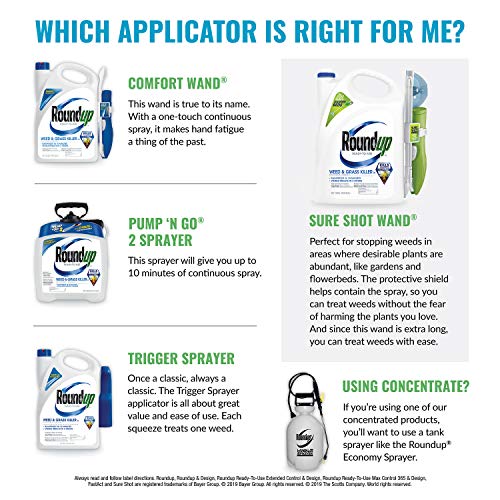 While you might not see it, Roundup gets to work within minutes of application but you must keep in mind that it will affect ANYTHING that it is sprayed on.

If you are treating weeds that are located near plants you do not want to kill, you’ll need to take appropriate measures to ensure they are not affected by the product.

Will Roundup Stay In The Soil?

Roundup should not be added to the soil. The product works by being absorbed by the leaves in order to work its way around the entire plant.

Not only will Roundup not be effective when added to the soil, it could also be a wasted effort. You see, over the course of a few days, Roundup will begin to break down and will be released into the air as nitrogen and carbon dioxide, leaving your weeds safely behind.

That said, when you are spraying Roundup onto the weeds, some solution is bound to get onto the soil. How long it takes to break down will vary according to several different factors such as how much rainfall there is, the humidity levels, and of course, how much product is in the soil. 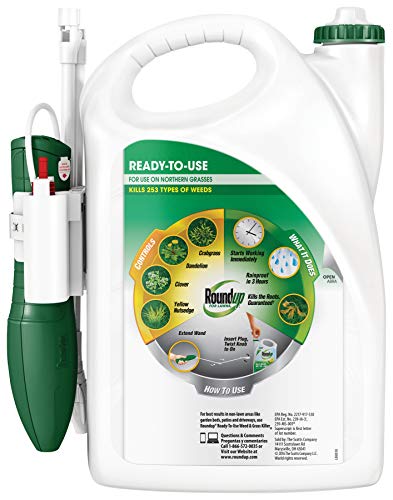 The amount of time that it takes Roundup, or more specifically, glyphosate to break down is a point of contention. Research has been unable to show an exact time but as a rough guide, it can take anywhere from a few days to almost a year! Further evidence showed that the chemical has a half-life in soil that sits anywhere between 1 and 174 days.

For the most part, Roundup that ends up in the soil shouldn’t cause any harm to the surrounding plant life, providing that none of the product has gone onto the leaves or woody parts of the plant.

That said, it is possible to rinse plants that you have accidentally sprayed, provided this is done before the 30-minute waterproof mark.

Roundup contains glyphosate which is the active ingredient used to kill weeds and other unwanted plant life. This chemical is relatively slow-acting and can take up to two weeks before killing off the plant entirely.

It is therefore important to be patient when using the product and wait the full two weeks before assuming that it hasn’t worked.