How Much Does A Queen Bee Cost?

A queen bee is the fully fertile developed female of a hive or colony bee.

It is responsible for all of the genetic traits within its colony.

She lays eggs, guides all the workers and the drones.

She can be bought from a breeder and shipped through the mail.

What to Expect? The cost of a queen bee can vary depending on many factors. In most cases, you can expect a queen bee to cost between $25 and $100.

How Much Is A Queen Bee Worth?

Queen bees are highly valued and in-demand among beekeepers.

They are often sought out at short notice when hive runs into queen-related problems.

Queen bees play an essential role because she is the only female with fully developed ovaries and the start of the hive.

They can lay as many as two hundred thousand eggs in a year.

This Way – They constantly supply worker bees, increasing the hive productivity. He queens also produce a chemical scent that helps regulate unity in the colony.

The cost of a queen bee can vary depending on many factors.

In most cases, you can expect a queen bee to cost between $25 and $40 without any transport charges for good quality, healthy, productive, and well-bred queen bee.

Generally – The most expensive queen bee is around $70 to $100 regardless of breed. Some can even go for much more in the open market.

During the larval stage, fertilization and feeding are the two elements that define a bee’s worth.

The queen bee decides whether to fertilize each egg via her oviduct during egg-laying.

Fertilized eggs will either become workers or queens. If the queen bee does not fertilize an egg, it becomes a drone.

Feeding decides whether the egg will become a queen or a worker.

Larvae fed on a unique nutrient-rich substance produced by the mandibular glands of ‘nurse’ worker bee is likely to develop into queen bees.

A hormone production directs this process by the previous queen.

What other factors make a queen bee valuable

One of the most critical factors that you need to consider is the health of the queen bee.

A queen bee’s health is judged based on her productivity and ability to produce eggs at an adequate rate to maintain a good population.

If she is unable to do this the hive will naturally produce a new queen. This also happens if she starts aging.

Queens are usually color-coded to let the buyers know the queen’s age. A younger queen is naturally more valuable.

Some honey bee species are considered better than others; hence they are more valuable.

Due to years of genetic breeding, several bee species have emerged.

The species you go for should possess the qualities you desire.

For Instance – You want one that is not prone to sting and produces a lot of honey.

They should also be able to tolerate the weather in your region.

Some of the most valued honeybees are the Carniolan and Buck fast honeybees.

Queens coming from productive colonies and having shown positive characteristics are prioritized for breeding.

Other prioritized queen bees are those from hygienic and disease-free colonies.

Backyard beekeeping is a fascinating activity that contributes significantly to the health of honeybee populations.

People are increasingly interested in beekeeping as they attempt to live and eat more sustainably.

A home beehive brings your landscape to life by pollinating your plants for maximum output.

Your efforts are, of course, rewarded with a wealth of pure, golden honey right from the comb.

This raw, unpasteurized honey is considerably sweeter and healthier than grocery store honey, which has been pasteurized, which destroys many of honey’s valuable components.

Backyard beekeeping does not require a lot:

They are excellent honey producers with mild dispositions, have a high tolerance to illness and natural enemies, and endure winter.

They also appear to be less prone to swarming than other strains.

How Do You Get A Queen Bee For Your Hive?

Any fertilized egg has the potential to become a queen.

What the larval eats influences whether the bee becomes a queen or a worker.

Usually, the bees will follow her and aggressively guard her. 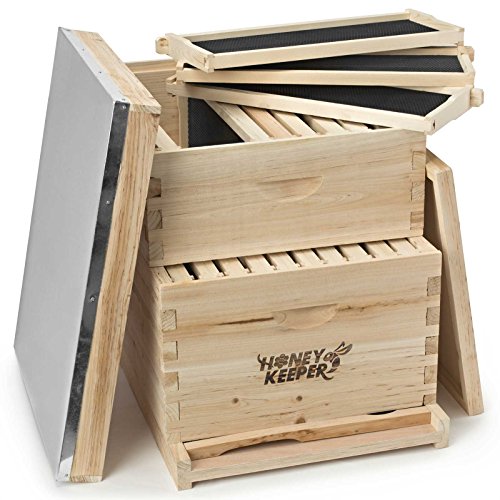 Most packages will contain queens. If the package does not contain a queen, the supplier should introduce the queen to the workers.

This tiny cage can either be wood, wire, or plastic.

Inside the package, she is not kept alone.

The queen is kept with a few worker bees that help her feed and take care of her until she is released.

Works Well: The most common method of introducing the queen is using the indirect method. As the worker bees slowly eat through the food plug, they become familiar with the new queen.

A nucleus hive, commonly known as a nuc, is a half-sized colony.

It has five frames of combs, bees, honey, baby bees, and the queen bee.

Purchasing a nucleus is a bit riskier than packaged bees because the honeycomb can spread pests and diseases from the donor hive to your hive.

Alternatively, you can purchase the queen bee online and have her shipped to you.

How to Identify Quality of a Young Queen Bee during Purchase?

You can identify a queen bee according to:

A juvenile queen bee’s long belly extends past the tips of her wings, creating the impression that she has short wings.

Unlike other bees, she has a sleek, black hairless back, while most workers have furry behinds.

How to Buy a Queen Bee

The queen is the single most important bee in the colony.

Thus if you want to ensure that the hive is in good order, you may have to shell out some money to buy a queen.

Bees from a breeding program are likely to be more expensive. Breeder queens are produced and artificially inseminated with chosen drone semen.

Mated queens fly free and mate with drones in the area.

Breeders will then introduce drones to increase the queens’ chance to mate with drones with desired characteristics.

Keep In Mind – Today it is easy to purchase online: However, you need to inquire about the live arrival guarantees before mailing the queen. If the queen dies upon arrival, call the supplier immediately, and they will advise you on the steps to take.

If you cannot buy a queen bee due to any given reason for example unavailability, you don’t have to worry.

If your colony is healthy and has a good population of bees, it can raise a new queen if you give them fresh eggs from a different colony.

There is no bee colony that can survive without a queen.

The queen needs to be replaced within 4-6 weeks. Fortunately, you can buy queen bees online.

They are usually shipped in small cages with some young worker bees to feed and protect the queen until it is released.