How To Prune Japanese Maple Bonsai

To improve the appearance and health of your Japanese Maple Bonsai, you must prune it regularly. The pruning process involves removing leaves strategically with shears and scissors so that leaves can grow at the center and bottom of the tree.

Of course, there is much more to the story than that.

If pruning bonsais were as easy as simply removing leaves, the task wouldn’t be an art form.

To learn exactly how to prune your Japanese Maple Bonsai, keep reading.

This article serves as your complete guide to Japanese Maple Bonsai pruning and care.

Why Do I Need to Prune a Japanese Maple Bonsai?

When many people first begin the hobby of bonsai training, it is unclear why pruning is required.

Though it may seem like a waste of time to an amateur, serious bonsai growers know that pruning allows the trees to be as beautiful and healthy as possible.

Allow All Leaves to Receive Resources for Growth

In the wild, Japanese Maple Bonsais grow upwards and outwards.

As a result, most of the leaves at the center and bottom of the tree end up dying due to competition for sunlight and other resources.

If enough of the tree is blocked, entire limbs or branches may even die as a result.

By pruning your Japanese Maple Bonsai, you get to ensure that all of the most necessary leaves and branches get adequate sunlight and nutrients.

Consequently, the tree is much healthier since the leaves are getting equal resources.

The most fun but difficult part of bonsai ownership is training the bonsai to grow in the direction you want it to go.

Pruning is one of the most effective ways to train your Japanese Maple Bonsai.

Through proper pruning, your bonsai gets trained and has a fuller appearance.

The reason for this is that as more leaves grow around the center and bottom of the tree, the tree as a whole looks more prolific.

At the Same Time: Removing certain leaves means that you get to train the tree to grow in the direction you want.

When Is the Best Time to Prune a Japanese Maple Bonsai?

Before you go to prune your Japanese Maple Bonsai, it’s important that you select the best time to get the job done.

You should not prune your Japanese Maple Bonsai in the early spring, fall, and winter.

Instead, wait until the warm months to prune your bonsai.

Only if you see excess dead twigs on the bonsai should you prune in the early spring.

Why You Should Not Prune In the Early Spring, Fall, or Winter

You should not prune your Japanese Maple during the early spring because it has not undergone its spring growth yet.

Pruning the tree too early can stunt its growth and potentially kill it altogether.

So, you want to wait late enough in spring that the bonsai has gone through its first round of spring growth.

Likewise, do not prune your bonsai during the fall and winter months.

During the seasons, cold temperatures often cause twig dieback.

If you prune too much during this time, you could kill the tree.

Instead: Just wait until spring to trim away all of the dead stems and leaves that remain from the colder seasons.

Prune During the Summer Months

That only leaves the summer months to prune your Japanese Maple Bonsai.

These trees are best to prune when they are undergoing rapid growth.

That way, you don’t have to worry about over-pruning the tree, but you also ensure that all leaves are getting equal nutrients.

You should do this about two or three times during the season.

The only time you should prune outside of the summer months is if there are any obvious dead twigs and branches at the beginning of the spring season.

Remove the dead twigs at the beginning of spring to ensure that the branches that are alive get all of the resources. 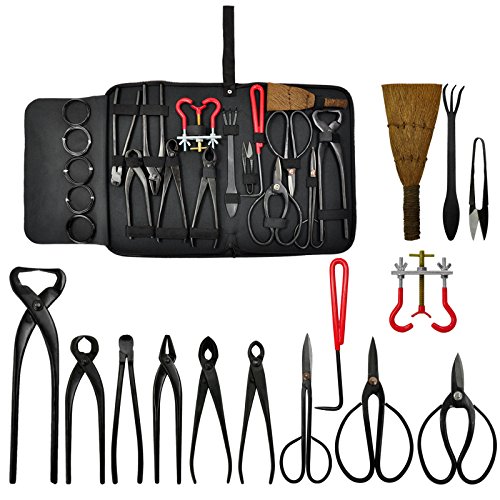 How Do You Prune a Japanese Maple Bonsai?

Once it is time to prune your Japanese Maple Bonsai, you will need to grab shears or scissors.

Although some plants can be pruned by hands, it’s best to prune bonsai with these tools for precision and accuracy. 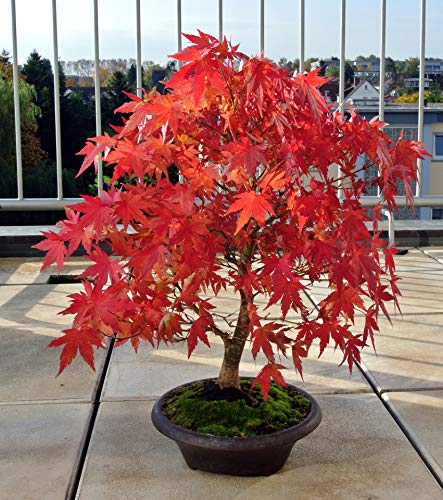 Focus On the Leaves

For the most part, you want to focus your pruning on the leaves, not branches and twigs.

Remove any leaves that are obviously unsightly or not in the location where you are training your bonsai to grow.

Whenever you remove the leaves, you want to prune them as close to the stem as possible.

Only leave a small amount of the stem remaining.

Only Prune Entire Branches If Necessary

If you see any extra-large branches that are blocking light to branches underneath or obviously dead, it is OK to prune the entire branch.

Just make sure that you are being extra cautious when removing any branches from your bonsai.

By pruning your bonsai correctly, you will help to train it to grow in the direction you want it to go. 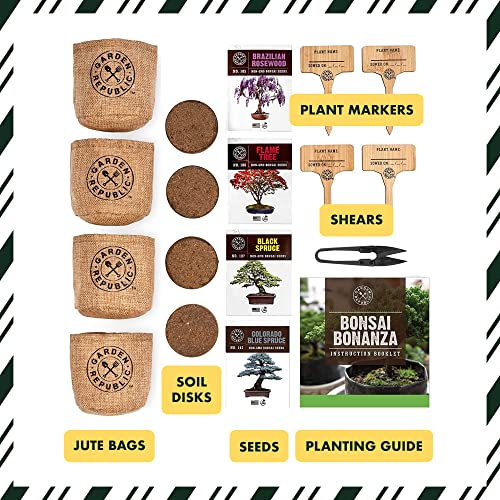 So, it’s important to carefully consider which leaves and branches you are pruning before making any cuts.

Pruning a Japanese Maple Bonsai is no small feat, but it is one that should be tackled, nonetheless.

The art of pruning one of these bonsais involves using shears and scissors to strategically remove leaves and dead branches during the warm months.

By doing this task, you get to train your bonsai and create healthier branches. How to Clean Bamboo Wind Chimes