When you notice mushrooms growing in the wild, you’re probably conditioned not to go near them.

Unless you’re an expert on what’s edible or not, it’s always best to stay clear.

However, when they’re growing in your yard, you might be feeling a little uneasy – especially if you have children or pets.

So, should you remove orange mushrooms in your yard?

Let’s find out everything you need to know.

Orange mushrooms in my yard: why have they sprung up?

They live underground and in the right conditions, can spring up overnight.

When mushrooms appear, it’s a sign that the soil has lots of organic material.

When It Rains – You might see them appear in a few different places. This could be on trees, underneath shrubs or even on your lawn.

Mushrooms go through a lifecycle and appear in different forms throughout this cycle.

There are so many different types of mushrooms that appear in different conditions and habitats that it’s highly likely you’ll come across some in your hard at one point or another.

How do mushrooms grow and spread?

Mushroom caps contain spores that they release when they reach maturity.

These spores can travel far and wide with the wind but will only start to germinate somewhere where there are favorable conditions like warm and damp soil with lots of organic material.

You’re most likely to see orange mushrooms on lawns and decaying trees.

There are a few different types of orange mushroom.

Let’s take a look at them so you know which ones you could be dealing with.

The different types of orange mushrooms

Also known by its scientific name Omphalotus olearius, the Jack-O-Lantern mushroom is arguably the most common type of orange mushrooms that you’ll see in backyards.

Despite being pretty, these mushrooms are extremely toxic because they contain illudins.

Illudins are poisonous and if consumed, could cause breathing difficulties, vomiting, excess saliva, severe cramps and diarrhea.

You’d usually see these symptoms appear around half an hour after consumption.

Because of this, you really shouldn’t ever consume these mushrooms or allow an animal to.

These are easily mistaken for chanterelle mushrooms, which are edible so it’s important to be careful.

Depending on their environment, there are two different forms of Jack-O-Lantern mushrooms. You might see them as a bright orange mushroom or and orange and olive color.

This type of mushroom is a frequent occurrence in North America during summer and fall.

They appear like a cup that’s bright orange straight from the roots – hence their name. There is no distinct cap.

Orange peel mushrooms can be as large as 5 cm but could appear flat to the ground.

Orange peel fungus is entirely edible and consuming this won’t cause any adverse effects.

However, these don’t have much of a flavor, which means they’re not very popular as edible fungi go.

You would typically see orange peel fungus growing on the ground in clusters. They’ll appear near dead trees, wood edges, and in grass.

This is often called ‘chicken of the woods.

It is a mushroom that’s pretty easy to spot and you’ll see them in either bright orange or yellow. These are meaty and have a shelf-like structure that makes them unique.

These mushrooms will mostly grow on dead oak trees.

Hardwood trees are their favorite, so you’ll also see them on maple and cheery too. Sometimes, you might see them on things like eucalyptus, locust or conifers, but this is rarer.

As well as being shelf-like, they have caps that are semi-circular with an upper part that’s smooth.

These can be around 20 cm deep and 30 cm wide, so they’re pretty large.

When Mature – They’ll lose their brightness and appear white. These are also edible and are actually very nutrient-rich. As their name implies, they taste just like chicken when you cook them.

It isn’t recommended to eat them raw as this could cause an allergic reaction.

If, however, the mushrooms have been sourced from conifer, cedar, eucalyptus or locust trees, you should avoid cooking them and eating them as they will contain harmful toxins.

As we’ve seen above, there are different types of orange mushrooms.

While some are absolutely harmful if consumed like the Jack-O-Lantern mushroom, many others are not.

The only problem you have is knowing what you’re dealing with, and which mushrooms are safe.

If you can identify them for certain, you might be able to leave them. However, if you’re unsure, you should look at how to get rid of them.

Here are some ways to do so.

How to get rid of orange mushrooms in your yard

There are lots of different ways you can get rid of mushrooms.

If you want to use the most effective method of getting rid of mushrooms, fungicide is it.

By using fungicide, you kill the mushrooms at their source.

There are lots of different fungicides out there that you can use in your garden and as long as you follow the directions, you’ll have an orange mushroom-free yard in no time.

A cheaper and more readily available way to get rid of orange mushrooms is a vinegar solution.

Adding 1 part vinegar to 4 parts water in a spray bottle and you’re ready to go.

Be Careful – This solution can also kill plants and grass so only spray it on the mushrooms themselves.

If you want another more natural and cheap solution, baking soda is something you can try.

If used properly, it will get rid of all of your orange mushrooms in a matter of days.

Though baking soda itself won’t kill the mushrooms, it will mean the conditions aren’t favorable, so they won’t thrive. 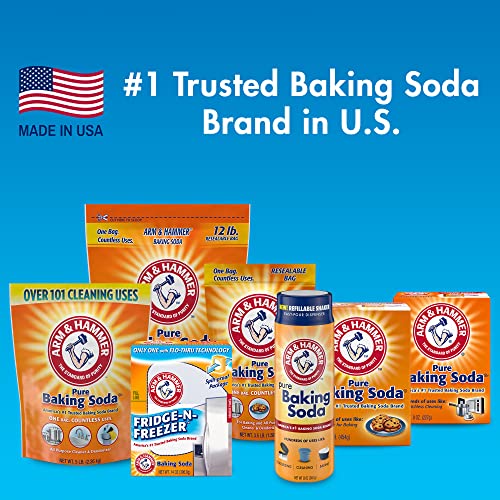 Baking soda will increase the soil’s alkalinity, which means mushroom growth is inhibited.

To apply, use one gallon of water with one tablespoon of baking soda.

Using dish soap takes longer than other methods but it is still successful.

Simply fill a container with a couple of gallons of water then add three tablespoons of your dish soap.

After Mixing – Create holes in your lawn and pour the mixture into the holes as well as on the mushrooms themselves.

You might need to repeat this process a few times.

5. Remove the mushrooms by hand

Sometimes it’s just easier to remove them yourself by hand.

This might be useful if they’re on grass or next to plants that you don’t want to harm.

If you do choose this method, it’s important to wear gloves.

Final thoughts: orange mushrooms in my yard, should I remove them?

There are lots of different types of orange mushroom and they can look similar.

This means it’s difficult to know whether the ones growing in your yard are harmless or not.

If you’re wonder about whether or not to remove them, the decision is yours. However, if you have pets or children, it’s probably wise to do so.

Hopefully, one of the methods in this article will work for you!