If you wish to grow a Crassula picturata (Tiger Jade), you need to provide the right conditions. This involves paying attention to temperature, light, growing substrate, watering schedule, and fertilizer. This is a beautiful plant, but it requires reasonably good care if it is to thrive.

What Is a Crassula Picturata?

They are popular because they tend to be small, which makes them suitable for growing indoors even if you don’t have much space.

Their leaves are usually bright green with small, dark speckles across the surface, making them highly attractive and unusual.

Often, the undersides of the leaves will be bright pink.

Remember This: They are slow growers, which can make them difficult to care for, although they are fairly hardy and should grow well indoors.

Like many succulents, these plants require a good amount of light, especially if they are kept indoors.

You will need to put the plant close to a windowsill so that it can enjoy at least five hours of bright light every day, and preferably more.

However, you must also balance this with not allowing the leaves to burn, because the Crassula picturata can be sensitive to sun damage.

If it gets too much direct sun, especially in summer when the light is at its strongest, its leaves will start to burn.

This will cause brown, unattractive spots to appear on the foliage, and it could kill the plant if you don’t take action.

You may wish to hang a thin curtain between the plant and the window so that it can still get some light, but at a decreased intensity.

Alternatively, move the plant a little further from the sill so less direct light falls on the leaves.

You shouldn’t try to grow a Crassula picturata in a dark corner, because it will not thrive.

These plants already grow slowly, so they need plenty of light to survive.

Keep In Mind: If a plant is not getting enough light, it will start reaching long, leggy stems toward the closest light source, or it will die.

How Often Does a Crassula Picturata Need Watering?

Watering is often a big problem with succulents, because they store water in their leaves and it is very easy to overwater them.

This is one of the commonest causes of death among plants.

Underwatering and overwatering will both result in drooping, the loss of leaves, and eventually death.

How often you need to water the plant will depend heavily on the conditions that you keep it in and the climate you live in.

On Average – You should be watering it once every two weeks, but it is always important to check the soil before you give the plant a drink.

Push the tip of your finger into the surface of the soil, to an inch or two inches down. If the soil feels dry beneath the surface, the plant is ready for a drink.

If the soil is still wet, don’t water your plant again until it has dried out.

In general, succulents are more tolerant of drought than of flooding.

Flooding can quickly cause root rot and this will kill the plant.

From Experience: If your plant has good drainage, a lot of sunlight, and a dry environment, it will need watering more quickly than a Crassula picturata with poor drainage, little sun, and a damp environment. Larger plants will need more water, but will be more capable of withstanding droughts.

How Warm Should a Crassula Picturata Be?

The Crassula picturata comes from Mozambique and South Africa, and unsurprisingly, it prefers warm environments to cold ones.

Although it is reasonably hardy, it is best to keep it between 60 and 75 degrees F at all times.

This will prevent damage to the leaves and encourage the plant to grow well.

Higher temperatures may result in wilting and foliage damage, but lower ones are very likely to kill the plant.

However, it will tolerate temperatures as low as around 50 degrees F in the winter – it just won’t grow much in this environment.

Don’t let your Crassula picturata get below around 50 degrees F as a minimum, or it is likely to die of cold.

In Winter – Make sure it is not left near an open window, or exposed to sudden drafts. Equally, it should be kept away from radiators, as extreme heat will dry it out, shock it, and possibly kill it.

A warm room should be perfectly adequate for growing this plant in.

What Kind of Soil Should Be Used For a Crassula Picturata?

When you’re potting a Crassula picturata, it’s important to know what conditions it prefers for its roots.

You should aim for a neutral or close to neutral pH, and choose a substrate that drains very well, as this plant dislikes having “wet feet.”

Key Takeaway – You can use a range of different potting substrates for this plant, such as sphagnum moss, compost mixed with perlite or coconut coir, some sand, etc.

What you use will depend on what is available in your area, but you should either pick a succulent soil or make your own mix, aiming for at least fifty percent grit.

Some people use up to seventy percent successfully.

The grit will ensure that the pot drains well, reducing the risk of overwatering this plant.

It is also loose, which helps the Crassula picturata put down strong roots.

When potting a Crassula picturata, use a heavy container if possible, because these plants can get a little top-heavy, especially as they get large.

Even Better: If you only have plastic pots, consider putting a few stones at the bottom, beneath the growing medium, to help weigh the pot down and reduce the risk of it getting tipped over.

It’s a good idea to occasionally fertilize the Crassula picturata during its growing season (spring and summer) in order to boost its growth.

If you don’t do this, you may find that it takes a very long time for this plant to put out new leaves, because it will struggle to find enough nutrients in the growing medium.

This is especially true if you have a high percentage of grit.

Most people recommend fertilizing a Crassula picturata every two or three months with a diluted fertilizer.

You can use almost any balanced fertilizer for this, but be sparing and do not fertilize too frequently.

Succulents are used to poor quality soil, and you may burn your plant’s roots if you fertilize it too much.

Do not fertilize your Crassula picturata during the winter, as it will not be growing (or will be growing very little) during this time, so the fertilizer will sit in the soil, and this could burn the roots.

It is best to wait until mid-spring before you start adding fertilizer to the plant’s pot.

If you would rather not fertilize your Crassula picturata, it’s okay to simply repot it into some fresh growing medium instead.

You can do this once every year or two, but only increase the pot size if the plant has outgrown its current container.

Using fresh growing medium will replenish the nutrients that the plant needs.

How Do You Repot a Crassula Picturata?

You should repot your Crassula picturata before it gets heavily rootbound.

You should be able to tell when it needs repotting because you will see roots growing through the drainage holes at the bottom of the pot.

In General – These plants won’t need repotting very often, because they tend to grow horizontally and their roots will spread outward, rather than downward.

However, it’s still a good idea to replenish the growing medium and put them in a new container every few years, even if they don’t need a lot more space.

This helps to ensure that the soil is fresh, there are nutrients available, and there is no compaction in the pot.

To repot your Crassula picturata, simply loosen it in the current pot by gently running a flat tool around the edge of the soil, or lightly squeezing the edges of the pot in to push the soil away from them.

Wriggle the plant loose and then shake excess soil from its roots before placing it in a fresh growing medium with plenty of grit, and lightly watering it.

Works Best: Put it in a bright spot with no direct sun while it recovers. It’s best to do this at the start of the growing season, and not when the plant is dormant.

Looking after a Crassula picturata should be fairly straightforward, and the biggest danger lies in overwatering it or misjudging the light levels.

Always make sure that your plant needs water before giving it a drink, and look out for either leggy growth or burnt foliage, and your plant should thrive. What are Leggy Plants (How to Spot and How to Fix)

Plants are described as “leggy” if they have the following characteristics in their growth and appearance: spindly foliage, sparse leaves, tall, lean, and fragile and more. How Often Should You Water Strawberry Plants (Pots & Ground)

Watering timing and the right amount depends on several factors, including the type of soil, sun conditions, and the type of strawberry plant. Here is a detailed guide on how to water strawberries properly. 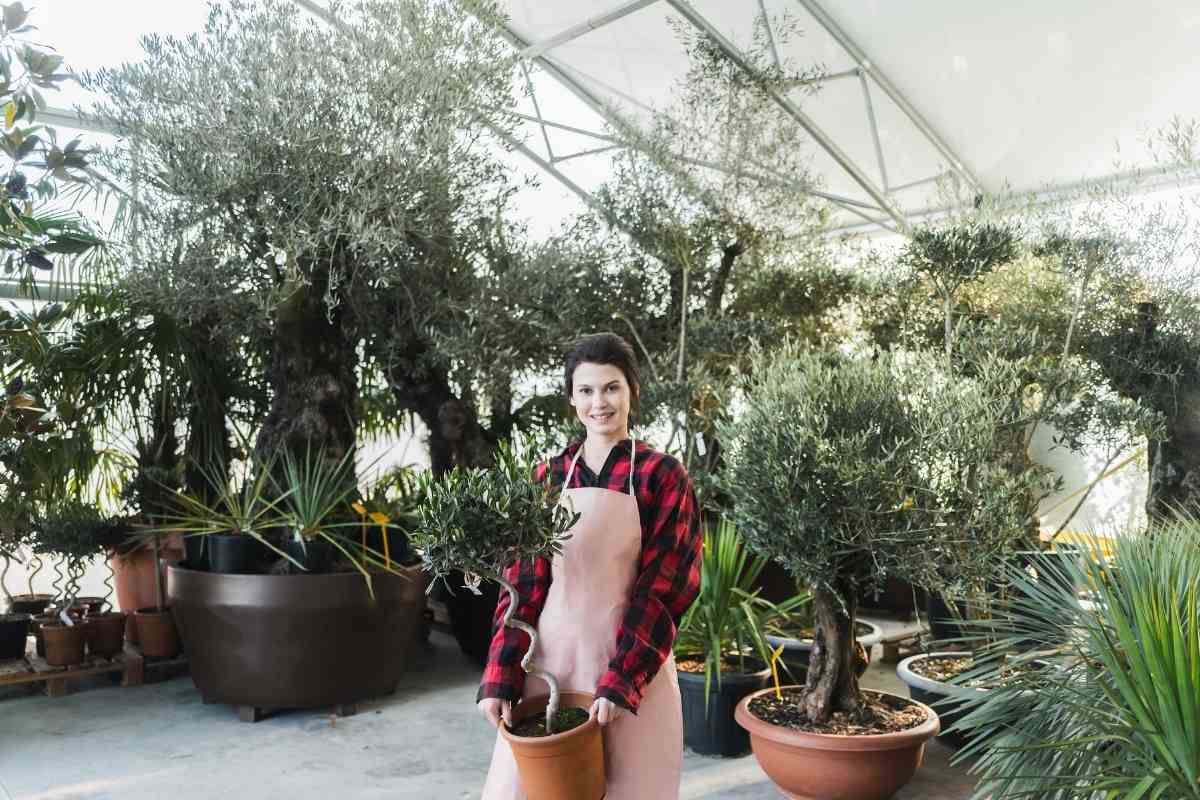 What’s the Best Soil to Use for Olive Trees in Pots?

This article will tell you everything you need to know about getting the soil right for your potted olive trees, including how to prepare the soil, test it, and care for the tree once planted. Consequently, you can expect a well-grown, healthy tree.