If you’re keen to grow an edible plant that’s a little out of the ordinary then chayote might be the right choice for your garden.

There are a few intricacies that you’ll need to think about when growing chayote but this guide tells you everything you need to know.

Chayote is a type of squash but it is also closely related to the cucumber.

All parts of the plant are edible and can be used in a whole host of ways which is one of the reasons it became so popular in South and Central America.

And it’s been popular for a long time; there are records of the fruit being used as far back as the mid 1700s!

But chayote is even more versatile still since it has other uses apart from as a food.

For Example – It is often used for making items like hats and baskets as well as for animal feed, particularly in places like India.

Moreover, it is believed that chayote leaves have medicinal properties and they are used to treat conditions like high blood pressure and kidney stones.

They’re also bursting with potassium so are a great source of nutrition.

When it comes to choosing the right variety of chayote, you need to consider that they all fall into one of two categories.

There are wild chayotes and those that you’ll find at farmer’s markets or that you can grow at home.

The main difference between these and cultivated chayotes is that the wild ones are much larger and the fruits are normally different in terms of colour, texture and taste. 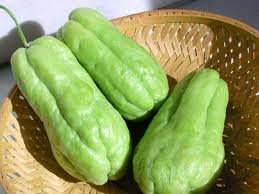 Here are some of the most common varieties of chayote that you might consider growing.

Where And When To Plant Chayote

If you want to have the best success when growing chayote, you need to make sure that you find the perfect spot for it.

While the plants can be placed in a partially shaded area, you’ll find that they won’t produce as much fruit. For this reason, it’s better to find a spot in full sun.

You’ll also need to make sure that the soil is just right with a pH between 6.0 and 6.8.

The soil should be well drained and loose but able to retain a good amount of moisture. Having a lot of organic matter is also very important.

From Experience – When planting chayote you’ll need to make sure that you sow the seeds at least four inches down into the ground, preferably six.

If you’re planting the fruits in the ground then make sure you leave a good amount of space between them, ideally ten feet.

Also, keep in mind that this is a climbing plant so it will need support but we will provide you with more information on this later on.

Once the fruit has started to mature, it’s essential not to let it make contact with the soil. If it does then it will germinate while it is still attached which will only cause problems.

If you’re looking to plant chayote among other vegetables then things like pumpkin, corn, peppers and squash are all ideal companion plants.

However, you should avoid planting chayote with mint, snap beans, and celery.

Planting at the right time of year is essential as chayote needs the soil to be free from frost and at least 65 degrees Fahrenheit.

For This Reason – It is best to wait at least three to four weeks after the last frost in spring.

You’ll find that chayote thrives in a tropical or subtropical climate as it prefers hotter summer temperatures.

If you’re in regions like Florida or California then you’ll have particular success.

However, if you’re in other areas, it is possible to bring the plant indoors in a pot when things cool down a little.

The best way to grow chayote is to plant it from seed which involves planting one of the fruits.

You will need to make sure that you choose a mature fruit that is free from imperfections and has a tough skin.

If the fruit shows any sign of deterioration, this isn’t the best option. 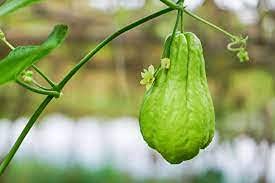 Now, here is how to plant chayote from seed.

While chayote does like warm weather, that doesn’t mean it is drought tolerant.

In fact, the plant will need a good amount of water throughout the summer so make sure you keep up with this.

Of course, how often you water will depend on how much rainfall there is but generally speaking, two to three times a week will be sufficient.

When the weather gets cooler, you can reduce the number of times you water the plant each week. Typically, you’ll only need to do it once.

If you are growing chayote then it’s important to make sure that it gets all of the right nutrients.

The best thing to use is an all purpose fertilizer that contains plenty of:

This is even more important while the plant is establishing.

It can also be useful to use some compost around the plant, especially halfway through the growing season.

The best place for a chayote is in full sun.

However, if the weather is very dry then the plant may prefer to have a bit of shade during the intense afternoon sun.

Generally Speaking – Six to eight hours of sunlight a day should be more than enough.

The thing that you need to keep in mind is that the more light the plant has, the lighter the color of the fruit.

Those that are placed in part shade tend to produce darker fruits with a greener color.

Chayote is a climbing plant and it has a very fast growth rate.

The vines get extremely long and in some cases will grow up to 39 feet! This means that the plant is going to need a good amount of support in the form of a trellis.

However, this should not be a freestanding trellis so you’ll need to find somewhere like a fence, wall or other structure for the plant to grow up.

It’s important to choose a trellis that’s tall enough for the plant as this will encourage better fruit production.

What’s More – It’ll make life a lot easier when it comes to harvesting. Moreover, taller trellises will stop the plant from coming into contact with the ground so any fallen fruit won’t germinate while still on the vine.

Are Chayotes Susceptible To Pests Or Disease?

Chayote is a relatively resistant plant that doesn’t tend to suffer from many diseases.

However, it is known to suffer from aphid attacks so you’ll need to stay on top of this.

The best way to get rid of these pests is to either pick them off by hand or use your garden hose to wash them away.

It will normally take around 120 to 150 days after planting before your first chayote harvest will be ready.

You’ll be able to tell when the fruits are ripe for picking as they will measure between four and six inches and will feel tender.

Remove the chayote from the vine using a pruner or knife but make sure to take them before the flesh starts to harden.

Once you have your harvest, you’ll be able to keep it in the fridge for around a week.

However, it is also possible to freeze chayote by dicingh it, storing it in a suitable freezer bag and leaving it for up to a year.

How To Use Your Chayote Harvest

A lot of people believe that it is only the fruit of the chayote that you can eat but that is not the case.

All of the plant is edible including the seeds, leaves, stem and even the roots.

In Some Cultures – The leaves and shoots feature in salads as well as stir fries.

A lot of people use the fruit in a similar way to potatoes or root veggies.

All you need to do is wash the fruit, cut it in half and take out the seeds. Make sure to peel off the skin and you can then use it in a stew.

One interesting way to use the chayote fruit is by replacing apples in pies if you have a sweet tooth.

Chayote is a versatile plant that can be harvested and used in a variety of food dishes.

The plants are moderately easy to grow and with the right care will thrive.

However, you should keep in mind that these plants can get very big, very quickly so you’ll need to provide them with the right space and support. Is Aspen the Best Type of Wood for Making Campfires? Do Trees Grow In Winter

Trees can grow and be healthy even in winter. However, they cannot grow in regions such as Dakota and Minnesota that experience below-freezing temperatures. 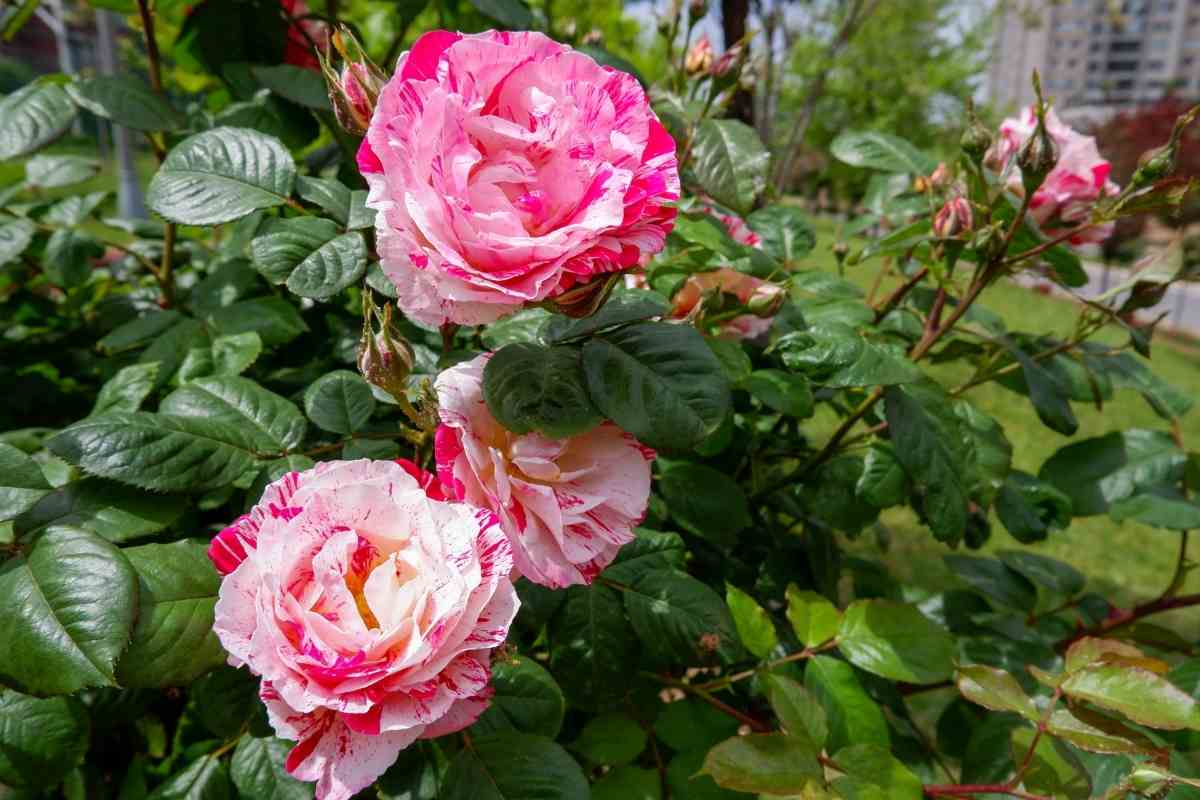 When you’re on the lookout for a stunning rose for your garden, Osiria roses are striking and beautiful. You may wish to read up a little about them if you’re looking to grow some or have found some in your new backyard.