What to Do with Wheatgrass after Cutting?

Wheatgrass is high in enzymes, minerals, vitamins, and proteins.

As a result, it is popular in households since it offers health benefits.

After cutting wheatgrass can be ingested fresh, extracted into juice using a wheatgrass juicer, or dried in an oven and ground into powder using a coffee grinder before consumption.

Because wheatgrass has a short life span, one should preserve it for later use. However, it is most beneficial to your health if taken right away since preserved wheatgrass has fewer nutrients than fresh wheatgrass.

While some nutrients in the stored wheatgrass are lost, the majority are held and continue to work when consumed.

Before storage, all wheatgrass forms should be placed in a tightly sealed container to preserve their freshness and flavor.

However, the storage conditions depend highly on the type of wheatgrass you are keeping.

How to Consume and Store Wheatgrass after Harvesting?

Due to the minerals, vitamins, enzymes, and proteins in wheatgrass, people use it to supplement the regular diet.

Due to its nutritional and health advantages, sprout wheatgrass is frequently consumed whole by chopping its stalks with a sharp knife and adding tiny pieces to food, drinks, or salads.

But, before you eat it, make sure it’s clean and mold-free.

However, avoid rinsing sliced wheatgrass. Instead, use a clean piece of cloth to brush away the grime. If the wheatgrass is damp when picked, gently pat it dry with a paper towel.

If the wheatgrass is contaminated with mold, do not eat it until you have removed the mold. Because mold does not enter the stalk but clings to it, you may carefully wash it before ingesting it raw.

Another option is to cut the stem above the mold and then rinse it to eliminate residual mold.

Wheatgrass has a short shelf life and loses flavor once harvested, necessitating storing it:

Refrigerated raw wheatgrass can keep its freshness for up to 7 or 8 days.

As with nearly all fresh harvested foods, storing them for an extended period causes them to break down, alter, and lose some nutrients.

Be Careful: To avoid waste, defrost the quantity needed for each meal and avoid eating wheatgrass if it has become yellow.

Wheatgrass can also be consumed fresh, in the form of juice, as soon as you harvest it.

But before extracting its juice, ensure that it is mold-free, clean, and dry. This wheatgrass form is mainly consumed by many.

Extract juice from the wheatgrass by first cutting it at the base of the blade and inserting it into the wheatgrass juicer. Use a hand-cranked metal juicer.

However, an automated juicer will also function.

Due to the slenderness of the young shoots, only limited volumes of wheatgrass juice are generated at a time. 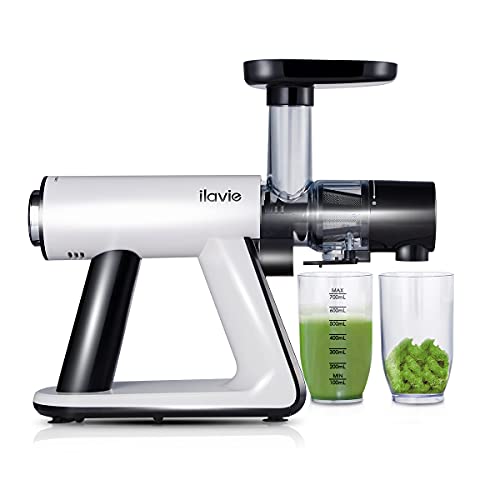 Drink wheatgrass juice as soon as you extract it or within a few hours after preparing it for maximum health benefits.

If possible, pick only as much wheatgrass as you want to consume immediately, as wheatgrass can sour or deteriorate if stored for an extended time.

Fresh wheatgrass juice has a robust flavor with an earthy aftertaste and has a raw pungent taste.

It also has a bitter flavor; thus, you can add sweet-tasting fruits to make a pleasant drink. It may be combined with fruits and blended into a smoothie.

Excess wheatgrass juice, on the other hand, can be saved for later use rather than discarded. In a securely sealed container, chill it for an hour or less. Although it will rapidly deteriorate, altering the flavor of the juice and making it less healthy for you.

Alternatively, you may keep it for an extended period by freezing extra wheatgrass in ice cube trays to keep it fresh for up to 6 months under a steady freezing temperature.

This method retains most nutrients, enzymes, and chlorophyll enzymes lost.

To prevent frozen wheatgrass juice cubes from taking up flavors from your freezer, place them in an airtight plastic container.

What We Suggest: During consumption, first, thaw it but don’t do it overnight as it could spoil. Only defrost it when you want to consume it. It is best done by placing the cubes in a glass then running them outside with hot water.

Wheatgrass powder is superior to wheatgrass juice as juicing eliminates the fibers.

It is also a handy option because it is simple to produce. Wheatgrass powders can be made by freeze-drying or dehydrating.

Because freeze-drying necessitates specialized equipment and is impractical on a small scale, it is more prevalent in manufacturing and packing operations.

After harvesting the wheatgrass:

If kept incorrectly, it is also prone to bacterial and molds infestation. Sunlight might also diminish the nutritious value of your powder. 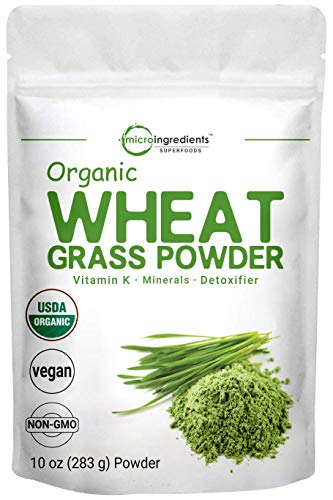 Furthermore, using a damp or filthy spoon to scoop up the powder might cause it to deteriorate.

Try This: Use half a spoonful of wheatgrass powder in smoothies, mix it into the water to make wheatgrass juice, or add into soups and salads. While you may use a spoon to stir, a blender is preferable for uniform blending.

Wheatgrass is a nutrient-dense natural food that contains vitamins, minerals, and chlorophyll.

Some people usually consume it as it assists the body in eliminating impurities and accumulated toxins.

You can incorporate it in various dishes such as smoothies, yogurt, salad, and soup as a dietary supplement.

During consumption, powdered wheatgrass is combined with water to produce juice.

Wheatgrass juice has a bitter flavor, but you can mix it with sweet-tasting fruits, juices, or smoothies to make a delicious juice.

Wheatgrass begins to spoil after cutting. Hence, it would help if you stored it in airtight containers. Then after if it is raw, refrigerate for up to 7 or 8 days.

Freeze in ice cube trays to keep it fresh for up to 6 months when in juice form.

Lastly, if in powder form, place into airtight containers or Ziploc bags and store them at room temperature in a dry place.

Previous post : How to Mow Wet Grass with A Zero-Turn Mower
Next post : Can You Eat Yellow Parsley?