How to Grow Organic Kiwi

Kiwis are some of the few temperate vines fit for human consumption, and you can grow them in your home.

While one vine produces several fruits, the plant takes seven years to mature and produce fruits. Thus, planting kiwis is a long-term investment, and therefore you should ensure your stock is sufficient and apply appropriate cultivation methods for optimal outcomes.

There is no question regarding kiwis’ nutritional and market value, and thus, properly cultivating them guarantees long-term profits.

Kiwis require ample garden space because their vines can grow up to fifteen feet which might inconvenience you if your garden is small.

Thus, you should prepare the soil and ensure you have cleared your garden well to create sufficient room for the fruits before they mature.

Kiwis’ origin is China and other Southeast Asian regions. Those from southern China thrive in warm temperate climates.

At the same time, those from northern China grow well in cold conditions. The most preferred variety by kiwi home-growers is the Hayward variety.

Based on their origin, whether north or south China, kiwis adapt to prevalent climate for maximum production. 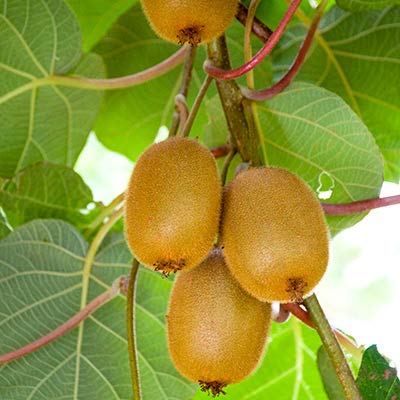 Thus, it would help if you were keen to select kiwis suitable to your region’s climatic conditions to avoid making a fruitless investment. Some kiwis produce green or pink leaves, creating an attractive site in your garden.

While you may find the brown kiwis in the supermarkets and stores quite attractive, they might not be the best for cultivating. These types originate from southeast Asia and rarely flourish in freezing temperatures. However, the hardy kiwis originating from Russia and northern China can grow in extreme freezing temperatures as low as -25.0F.

There are close to 50 varieties of kiwi fruit, and selecting which to grow depends on several factors, such as the climatic condition of your region, space, or flavor.

The most common varieties are arctic, hardy, fuzzy, and hairless, and each has varied characteristics in terms of flavor and frost tolerance.

Although they may have a fuzzy taste, kiwis are tastier, enjoyable, and more nutritious than most typical vine fruits.

Most people may view kiwi cultivation as a daunting task, with the right approach, it is one of the most straightforward tasks you can undertake.

Besides enjoying an attractive compound, you stand to enjoy several health benefits by consuming kiwis.

They have edible skin and seeds and have plenty of copper, potassium, and vitamins A and C; you can peel the skin or eat it if its texture does not put you off.

While you can eat kiwis while it is fresh, you can utilize them as a meat tenderizer in your kitchen.

Put your kiwi seeds in a polythene bag and a moist paper towel, close it and place it in a warm area for your seeds to sprout successfully.

Monitor the seeds’ development each day till they start sprouting. The kiwi seeds require moisture to sprout, and thus you should moisten the paper towel regularly to enhance the sprouting process.

Kiwi plants require a relatively chill duration before germinating; thus, you can begin planting either rooted vine cuttings or seedlings, depending on what you get first.

Notably, you will find both male and female kiwis in the market, implying you must choose the correct gender carefully; you must plant the two for maximum pollination processes.

However, you do not have to cultivate them in pairs; several female vines can utilize one male plant for pollination.

However, you can get grafted varieties in the market, making purchasing both male and female kiwis unnecessary.

These hybrid breeds are self-pollinating, making them self-fertile such as the Jenny variety. But there is a possibility you will purchase the Hayward type meaning you will have to plant two vines.

Prepare your soil and place some mulch in the holes before planting the plant. Next, estimate the possible length each vine will require and space them with a five to ten feet gap; also provide support for each vine.

If you plant female and male vines, have a separation of twenty feet for optimum pollination, fertilization, and fruit production.

Most importantly, select an area where the plants will enjoy direct sunlight and shade once in a while. Additionally, the area should have good drainage to reduce waterlogging, which would destroy the plant’s roots.

Are there Pests and Disease Dangers Associated with Kiwi Cultivation?

You don’t have to worry about pest infestation since kiwis do not attract many of them; you only have to ensure deer do not access your plants because they feed on kiwi leaves.

Cats also love playing with kiwis, but that is not something to be concerned about.

You may lose new vines when exposed to felines and thus establish a strong fence around your garden to keep these deer and cats away. 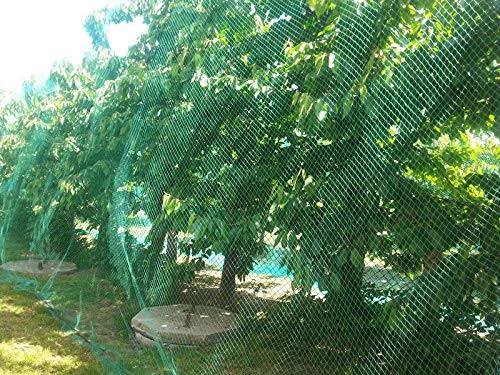 Once you have planted your kiwi, ensure they are watered regularly, especially during the early stages. After they stabilize, you only need to water them when extremely dry.

You will need to provide firm support structures for your vines, mainly when they start producing fruits, to keep them secure; the fruits are many and heavy.

This plan should be established during the transplanting phase when determining the spacing length between the vines. Creating a trellis to surround the plant will damage the kiwi plant.

You can establish a horizontal wire structure with two strong poles separating the vines. Next, spread a wire at three feet and another at six feet above the ground.

As the kiwi plant grows, tie the primary branches around these wires to create a firm structure for the plant to mature along.

Proper and timely pruning is essential for all vine plants, including kiwis, to increase productivity. Eliminate those branches far from the stem and the dead ones; ensure you do this during winter when your kiwi remains dormant.

Pruning during spring causes the kiwis to lose sap, increasing their vulnerability to plant diseases.

If you have planted both female and male kiwis, you can prune the latter more frequently and heavier because it does not produce fruits.

Summer is the best time to remove long, hanging vines stretching beyond the maturing fruits. You can also remove the non-productive vines falling off the trellis during summer.

During pruning, the primary goal is maintaining the central stem and some firm branches without ruining the annual production.

However, after pruning, the plant may not produce fruits during that year, so you don’t have to panic. But ensure you cut off all tips flopping beyond the established framework.

You can also grow your kiwis in pots or large containers, although the best option for this is the Issai variety.

This variety is also self-pollinating and self-fertile, although it produces much smaller fruits than other types.

However, the Issai fruit is less tasty than most kiwis, a crucial factor to consider when cultivating kiwis. 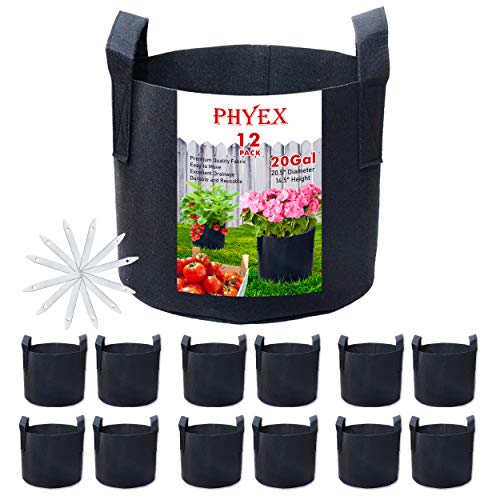 Growing your kiwis in a twenty-gallon pot would be best and ensure the vines have firm support. Considering the vine’s increased size over time, it will fall over if you rely on pot soil alone for anchorage.

As aforementioned, water them regularly.

Kiwis begin producing fruits after three years and reach maximum productivity after seven years; however, some varieties like the Arctic kiwis start fruit production after one year.

Healthy vines produce up to fifty pounds of kiwis annually, and once matured, they maintain fruit production for up to fifty years.

Once the fruits start softening, they are ready for harvesting, but the best test is eating one and assessing its taste.

After harvesting, you can refrigerate your kiwis for about six weeks. But if you store in a polythene bag covered by a paper towel, your fruits will remain fresh for over three months.

Freezing them is also okay, but the kiwis will soften after thawing them out.

If the kiwi fruits fail to ripen before the frost falls, you can harvest them and store them in your kitchen; they will ripen gradually.

In other words, harvest all your kiwi fruits before frost falls. That ensures you do not lose fruits while giving the plant sufficient recovery time for the next production.

Overall, growing organic kiwi is an attractive venture you can consider around your compound; you get nutritious fruits while giving your garden an aesthetic appeal.

Planting kiwis also implies you are cultivating fragrant flowers, a lily-like fragrance they are white and small, especially as summer begins.

Kiwi fruits mature throughout the summer, and you can harvest them just before fall.

Previous post : How To Spot And Treat Spotted Lanternfly
Next post : What Do Baby Foxes Eat (Should You Leave Food For Them)?