Can You Put a Normal Trampoline In the Ground?

Let’s face it kids of all ages (and even some adults) love bouncing on trampolines. However, there are many parents who don’t like the idea of an above-ground trampoline for esthetic or safety reasons.

For these reasons, in-ground trampolines are gaining in popularity. Not only do they have a smaller visual impact on your backyard, but they are also much safer considering they’re ground level.

The market is awash with trampolines that are designed specifically for being installed in the ground.

But can you put a normal trampoline in the ground? After all, many parents already have one and don’t necessarily need to replace it. Let’s find out.

The advantages of an in-ground trampoline

There are definite pros and cons to installing an in-ground trampoline.

Let’s look at what the advantages are first of all.

Most people choose to have an in-ground trampoline for their improved safety.

However, just because the trampoline is in the ground, doesn’t mean all dangers are removed. 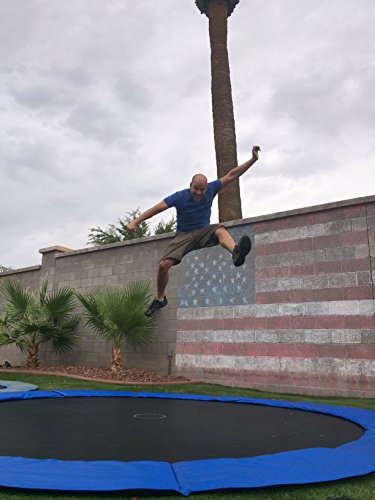 People do still get injuries on in-ground trampolines.

That said, with an in-ground trampoline, falls from a height are not a concern.

What’s More – If the surrounding area is soft like sand, pea gravel, or some form of padding, injuries from falls are much less serious.

As mentioned at the beginning, lots of people choose in-ground trampolines because they’re more esthetically pleasing.

Some parents simply don’t know where to place an above-ground trampoline because they’re an eyesore and spoil the view.

Lots of people also decorate around their trampoline and plant flowers or small shrubs to make it a feature.

Advantage 3: Less grass to mow (or worry about)

If you’ve ever had an above-ground trampoline then you’ll know how bad they are for the grass underneath. 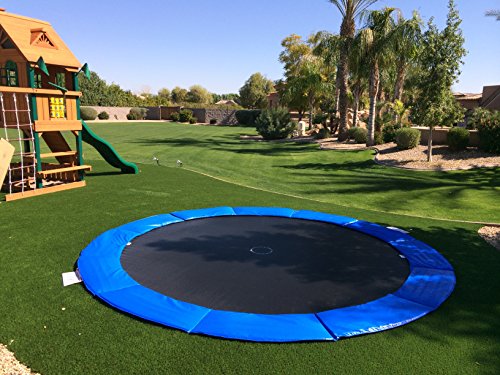 The trampoline blocks both rainfall and sunlight leaving the grass underneath to struggle.

With an in-ground trampoline, there is no grass – so no mowing, weeding, or struggling grass to worry about!

Now, this is something for individuals to consider but many people choose not to install a net with an in-ground trampoline.

After all, falls won’t be far. Some people still prefer to use one, especially if their children like to try all sorts of crazy stunts!

The Disadvantages of an In-ground Trampoline

Even though you have to build all trampolines, there’s no doubt that an in-ground trampoline requires significantly more labor.

You’ll need to dig a hole, shore the sides and make sure there is adequate airflow. 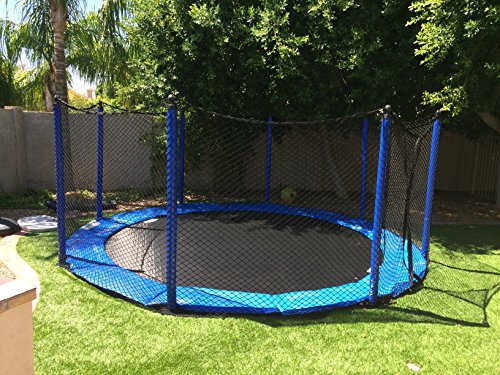 For some people, it’s a little too much effort.

Remember, too, that installing a normal trampoline as an in-ground trampoline requires an even deeper hole.

And then you’ve got the added problem of what to do with all of the dirt you’ve removed!

Because the trampoline is deep in the ground, it is more difficult to do maintenance.

That said, trampolines don’t tend to need an awful lot of maintenance but when you do need to check your springs, tighten the bolts, or check the level, it is not as easy as it would be with a normal garden trampoline. 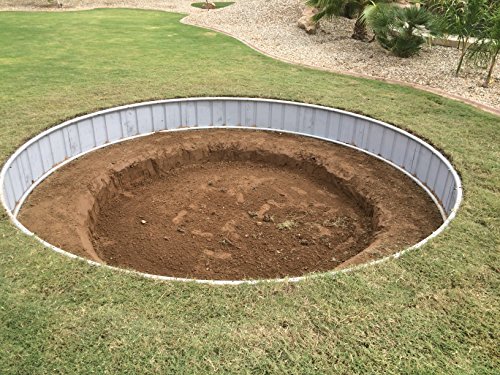 The final disadvantage is the issue of things getting under the trampoline and inside the hole.

Water is the most common problem, which is why installing some sort of drainage system is essential.

Also, if you don’t build the sides properly, dirt will collapse into the hole and fill in.

Finally, in-ground trampolines are great places for bugs to lurk and, dare I say it, even rats!

Airflow is an important aspect of putting a trampoline into the ground.

If you don’t have enough airflow, jumpers will be limited in their jumping.

What’s more, if you have too much clearance and the trampoline edge isn’t flush, you could have problems with limbs being caught in the gaps.

When you install an above-ground trampoline in the ground, you will be exposing it to moisture that it’s not designed to deal with.

This means that the springs and the frame might rust more quickly.

Depth of the Hole

When you put a traditional trampoline into the ground, you’ll need to dig a deep hole.

Given the height of above-ground trampolines, it will require a lot of effort to dig the hole, which will obviously cost money and time.

Is burying a normal trampoline safe?

When you do it correctly, burying a trampoline is safe.

However, if you don’t do it properly, you risk making it much less safe than it would have been above ground.

If, for example, you don’t prepare the sides of the hole properly, dirt could slide down and fill the hole, this could potentially cause an injury if people can bounce low enough and touch the ground below.

Final thoughts on putting a normal trampoline in the ground

Installing a traditional, above-ground trampoline in the ground is a big job.

Digging the space is very labor-intensive and most people would need professional help (or a lot of time).

You might even need heavy machinery to assist you. It’s also difficult to make sure the trampoline stays level and that the hole sides don’t crumble away.

If you have help from a professional or hire heavy machinery, you can do this job in a weekend.

However, if you’re doing a DIY job, you’ll need a lot longer (and will probably need a few helping hands).

Previous post : This Is The Real Cost Of Leaving Your Porch Light On All Night
Next post : Which Paint Is Best for Garden Rocks?