Bokashi vs Vermicomposting: Which Is Better?

Both bokashi and vermicomposting are alternative methods of composting. Sort of. We know that purists are going to say that bokashi isn’t a true composting method, but we are going to take the view that it is.

The end result is the same i.e. you get something that you can use as a fertilizer if you wish.

We are going to break this down a little bit.

We are only going to be focusing on the differences here, so make sure that you read all of the information on this page.

This way, you are going to know whether bokashi or vermicomposting is for you.

What Are the Benefits of Bokashi?

As we said before, bokashi isn’t really a composting method. You are really fermenting everything that you throw into the bokashi bin.

Bokashi will need a bokashi starter mixture. This is mostly sugary items mixed up with brans and grains.

You won’t be able to make this yourself easily. Instead, you are going to need to purchase the bokashi starter from somewhere.

Bokashi only works if you have a completely sealed bokashi bin. This means no air can flow into it. You will have to regularly drain off any liquid produced by the bokashi mixture.

Bokashi is actually a two-stage process, which is one of the downsides.

Quick Tip: While you will be able to start the bokashi process indoors, you will have to finish it outdoors. This will involve burying the compost in the ground to reduce the acidity.

Bokashi Can Process Meat and Dairy

One of the major benefits of bokashi is that you are going to be able to process meat and dairy scraps with it.

This is the only form of composting that you can do that with.

This means that if you are throwing away a lot of milk and dairy, especially yogurt, then bokashi is probably going to be the best option for you.

Bokashi is not a faster method than vermicomposting.

However, it is going to be a quicker method than standard composting.

You will need 2 weeks for each stage of the composting process.

Since you have two stages, the initial composting followed by burying the mixture, this means that it will take about a month to get fertilizer from bokashi.

Cheaper to Get Started

You will need to purchase a special bokashi bin for bokashi.

However, the cost to get started is going to be a lot lower than vermicomposting. This is because all you really need to buy is your bokashi mixture.

Although, do bear in mind that at the end of the process, you will need to buy more bokashi mixture. This means that the ongoing costs are going to be a little bit higher.

We will talk more about that part in a short while.

Of course, because this process doesn’t use worms, some people love it a little bit more.

After all, not everybody is going to be a fan of worms wiggling about their home, are they?

With vermicomposting, if your worms die, you end up with nothing.

Well, the stuff will eventually compost, but it is going to take a whole lot longer.

With bokashi, you don’t have to worry about that. There is nothing inside of that bin that can be killed off. The process will be smooth.

All you need to do is ensure that you drain the liquid once per day.

With bokashi, you don’t have to worry about:

It really is something that you can just set up and leave.

What Are the Benefits of Vermicomposting?

This means that the worms are going to munch upon whatever you throw into the vermicomposting bin.

Let’s go through the benefits of vermicomposting over bokashi composting, shall we?

Can Get Started Easily

It is much easier to get started with vermicomposting.

Your only real expenditures will be the cost of the worms and where they live. Both of these costs are one-offs if you ensure that you do things properly and don’t kill your worms.

You will need bedding for your worms, but this is something that you can easily make at home.

You won’t need a special bin for this type of composting either. This is because you do need air to flow into the container. This means that you could really just use a large plastic box with some holes punched into it.

Some would argue that the cost of vermicomposting is a little bit lower than bokashi, but because bokashi has really started to become popular in recent years, it seems that bokashi is a little bit cheaper.

Makes Sense: It is much harder to get started, though. This is because there are fewer places that sell bokashi starters than composting worms.

If you want that compost made quicker, then vermicomposting is the route to go down.

Vermicomposting takes about half the time that bokashi will take. This means that you are going to have your first compost ready to go in about two weeks.

Not everything will be composted down in this time. However, you can remove the compost that you need and continue to let the worms do the hard work inside of the container.

This entire process can be carried out in the comfort of your own home. You do not have to bury the compost outdoors or anything like that.

Once the compost is in the bin, it is ready to use.

The Worms Are Reusable

As long as you don’t kill the worms off, they are going to be reusable.

Obviously, the worms are going to die over time. However, they should be breeding too.

This means that you are always going to have fresh worms that you can use.

Many people that get into vermicomposting may even start to look into the idea of breeding their own composting worms.

This is where the costs are kept nice and low. Absolutely everything involved in the process is reusable.

You don’t have to buy anything else unless you are looking to expand operations.

If you are planning on composting meat and dairy scraps, then bokashi is always going to be the best option for you.

However, if you are looking for speed and reusability, then vermicomposting is going to be great.

However, do bear in mind that it is much harder to keep a vermicomposting bin up and running than a bokashi bin.

So, if you really want something that you can just set up and leave, then bokashi is probably going to be the better route for you.

At the end of the day, these are both great methods for creating fertilizer. Do You Need Special Seeds for Hydroponics?

How to Grow Alfalfa Microgreens? Why are There Maggots in My Compost Bin We will explain everything you need to know about garden soil mixers, how to use them and how to choose the right one for your garden. 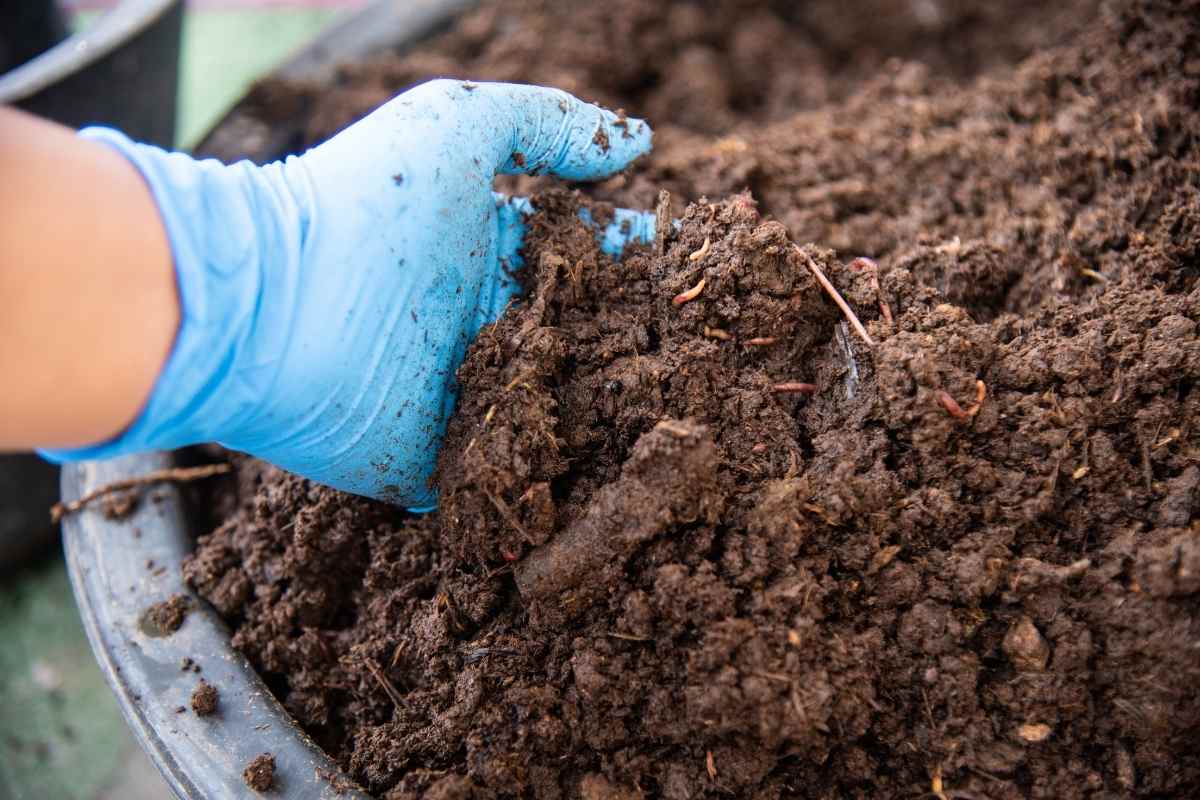