Should A Metal Gazebo Be Grounded?

Gazebos are nice chilling spots, especially when it is hot outside.

They provide a nice shade for one to relax and read a book or even catch beers with friends.

It can also provide adequate shelter from light showers and moderate wind.

However, taking refuge under a metal gazebo during a thunderstorm can be dangerous, especially with lightning as a concern.

For this reason, it is imperative to ground the gazebo as a way of reducing the risk of electrocution by lightning strikes.

What to Expect? If you own a metal gazebo and are unsure whether it should be grounded, then this article is for you. By the end of the article, you should understand why it is important to ground your metal gazebo and how to do it.

Gazebos can be constructed using many materials, including wood and vinyl.

However, most people prefer metal as it is long-lasting.

While metal is durable, it poses the risk of getting struck by lightning during a thunderstorm.

So YES – Metal gazebos conduct lightning. Naturally, metals are good conductors of electricity. Since lightning is made up of electric currents, metallic objects pick the currents up and conduct them from point A to point B.

A common misconception is that metal attracts lightning – it does not.

Attraction and conduction should not be confused as the same thing. Simply put, metals act like a path for electricity to flow through.

When a metal gazebo has been struck by lightning, it will pass the currents to the nearest thing that is also a good conductor of electricity.

Humans contain water, which is a good conductor of electricity.

Therefore, if you are under or near a metal gazebo when there is lightning, the electric currents will be conducted to you, causing electrocution and possibly, death.

Importance Of Grounding A Metal Gazebo

As we have already established, metallic gazebos absorb electric currents and can harm humans through conduction.

Grounding minimizes the likelihood of this happening by creating a low-resistance pathway for electric currents in lightning to flow to the earth.

Subsequently, grounding spares nearby persons who would have otherwise absorbed the electricity in a harmful turn of events.

Lightning can also harm a person standing close to a gazebo through side flashes.

This is when lightning strikes a tall metallic object, such as a gazebo, then the current bounces off to people standing nearby.

The stronger the current, the higher the likelihood of it being fatal.

Key Takeaway – Grounding deep into the ground absorbs most of the electricity and reduces the chances of it injuring the people around.

How Do You Ground a Metal Gazebo?

Simply put, grounding refers to the transfer of energy from a structure to the earth.

The material used for grounding should be a good conductor of electricity. 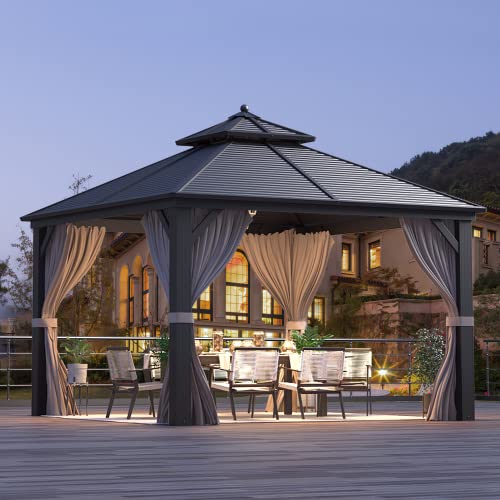 Therefore, the first step to grounding a metal gazebo is finding the most suitable material for transferring electric currents from the structure to the earth.

There are several materials to use for grounding a metal gazebo.

The easiest one to use is copper. Copper rods are preferred because they have superior conductivity compared to other conductors.

They do a good job protecting humans and resources from electric shocks.

There should be at least two paths through the gazebo legs for lightning to flow through. The deeper the rod is into the ground, the more effective it is.

So, the rod should be more 6 inches into the ground. It should also be 4 by 4 feet so that it is firm enough.

Most of the time, gazebos are built on a wooden or cement surface.

It will be easier to install the rods if the gazebo is on bare earth.

However, if it is wood or cement, you would have to drill holes at the bottom of the gazebo legs so that the rods can go through.

You can use a hole saw, which is readily available in hardware stores. Make sure the hole is deep enough.

You want the rods to be as firm as possible.

Therefore, you ought to clamp them to the gazebo legs once you have set the rods into the ground.

Furthermore – You want the rods to form a continuous electrical path with the metal gazebo, meaning there should not be space between the two conductors.

Rods usually come with clamps in the same package.

Some packages may be missing the clamps, but this should not worry you- you will still find them in hardware stores. 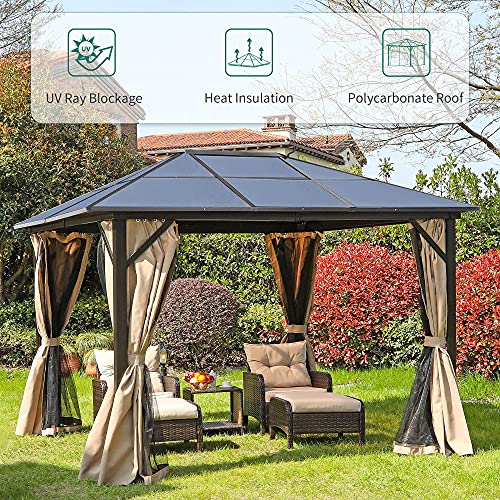 Fixate the clamps into the sides of the gazebo legs, place the rod through them, then tighten the clamps.

Step 4: Drive the Rods into The Ground

Before you tighten the clamps onto the rods, drive the rods into the ground at least six inches deep.

The deeper it is, the better, so that the rods are completely surrounded by the earth.

This way, the electric current from lightning will not travel along the surface to harm you or anyone that is close by during a thunderstorm.

Furthermore, the deeper the rod is, the more rigid it will be.

Should I Ground a Metal Gazebo If It Is Attached to Another Structure?

Most of the time, a gazebo is built to stand alone in the middle of a compound.

Other times it is attached to another structure, such as a house or another gazebo.

If the attached structure is also an electric conductor and has a grounding, then you would not need to ground your gazebo.

For Instance – If the metal gazebo is attached to a house, then it would not require grounding as the house already provides an outlet for electric currents produced by lightning.

However, if the other structure does not provide a pathway to conduct electricity to the earth, then it is best to ground your gazebo.

For instance, if the other structure is standalone and not grounded, then you will have to ground your gazebo.

Note that grounding a metal gazebo does not render it 100% full-proof. 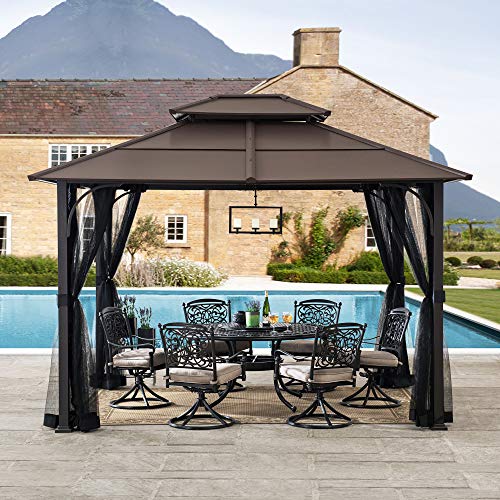 While it makes it safer than one that is not grounded, it is not wise to take shelter under one when there is a thunderstorm.

It is true that it protects people from lightning strikes, but some currents might still get to you. So, the best way to keep safe during a thunderstorm is to stay indoors.

They provide shade when it is hot and a shield when there are light showers. A metal gazebo, however, is not safe during thunderstorms.

Thunderstorms come with lightning, which can be absorbed by metallic objects. Therefore, a metal gazebo can conduct lightning, harming the people in the periphery.

For this reason, it is advisable to ground a metal gazebo. Grounding creates a path for electric currents to the earth, minimizing the risk of a person getting electrocuted.

The grounding should be of copper rods as they are the best for this task. Also, the rods should be deep into the earth for effectiveness.

If you are not confident that you are going to do a good job, then hire a professional to do the fixing for you.

Previous post : Can Yellow Grass Turn Green Again? (Let Us Explain How)
Next post : How to Find a Pond Leak (Quick Method to Find the Leak)