Japanese pagoda lanterns are entwined in the country’s history.

Though they’ve taken on many different forms and have appeared in different types of places for thousands of years, they’ve held on to the same intrinsic meaning:

Early pagoda lanterns were created within a religious context. 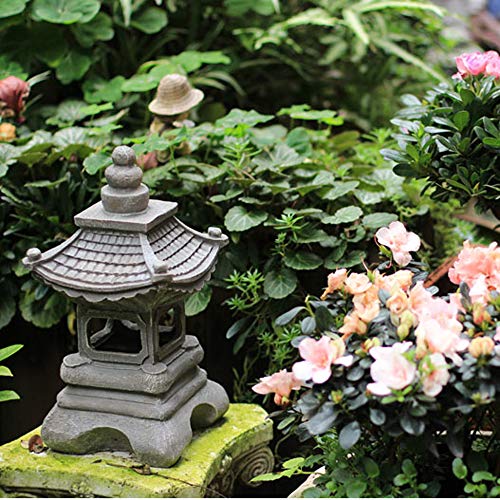 Before they came to Japan from China sometime in the early 7th century, ancient stone or silver lanterns were used in China to illuminate Buddhist temples.

The lights in these lanterns, acting as offerings to the Buddha, represented Buddhist teachings to help overcome the darkness that came with ignorance.

The Japanese used them in their Shinto shrines and temples as well.

Starting in about the 16th century, the lanterns made their way into private homes and gardens.

With This Purpose: They started to take different architectural forms and sizes in gardens, each representing different figures, aspects of nature, and life events.

What are Some of the Various Meanings of Japanese Pagoda Lanterns?

For the Japanese, stone pagoda lanterns, called tōrōs, remain popular garden additions to highlight a certain landscape design or a specific location (such as a larger temple), add distinctive beauty to property or illuminate pathways. 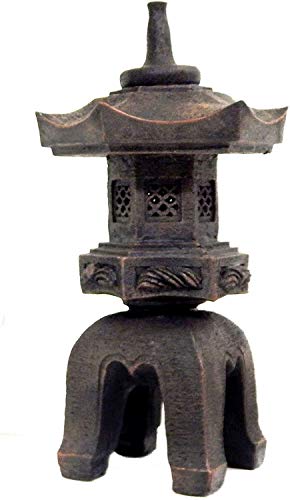 But they have many different deeper meanings and purposes as well.

What are the Different Sizes and Materials Used in Japanese Pagoda Lanterns?

The two main types of pagoda lanterns found in Japan today are:

Hanging lanterns are typically made of wood, copper, or metal and can have four or six sides.

They are usually smaller than garden pagoda lantern statues.

Hanging lanterns, or tsuridourou, often hang from the eaves of a shrine roof. Some are used to line a pathway to a large pagoda or shrine.

Standing lanterns are usually made from natural-colored cut stone, granite, and sometimes concrete or bronze. 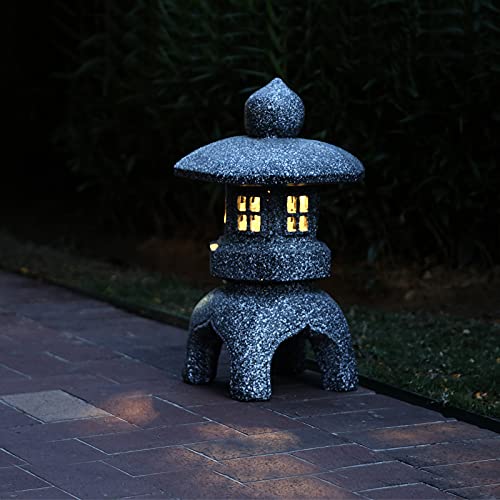 They are mostly cylindrical in shape and use a form of a pole and base, a platform, an open or closed box-shaped area on the platform called the lightbox, a form of an umbrella or roof, and a top element or finial often referred to as a crown gem.

The base and poles are commonly square or round-shaped, and platforms, umbrellas, and other elements of a standing lantern vary upon size and function.

Certain lanterns are used specifically to be placed near water, like the Yukimi or Misaki tōrō.

Some stone lanterns are made to look older than they really are through purposeful weathering or moss accumulation.

Many modern garden pagoda lanterns are emblazoned with Sanskrit letters or Buddhist symbols.

With religious-based origins in 600 A.D., pagoda lanterns have become an enduring and distinctive symbol of Japan.

While still used in a formal religious or spiritual context throughout the country as part of large pagodas, temples, and shrines, their legacy can be found in the widespread popularity of stone-standing lanterns in public and private gardens.

While those lanterns still symbolize the ideals of Buddhism and Japanese culture, their striking simplicity and elegance are known throughout the world, where scores of gardens from the United States to Poland are accented with various stone pagoda lantern forms.

The world is just a bit more serene because of them.

Previous post : How to Tell If Potting Soil is Bad
Next post : What To Put On The Bottom of Raised Garden Bed